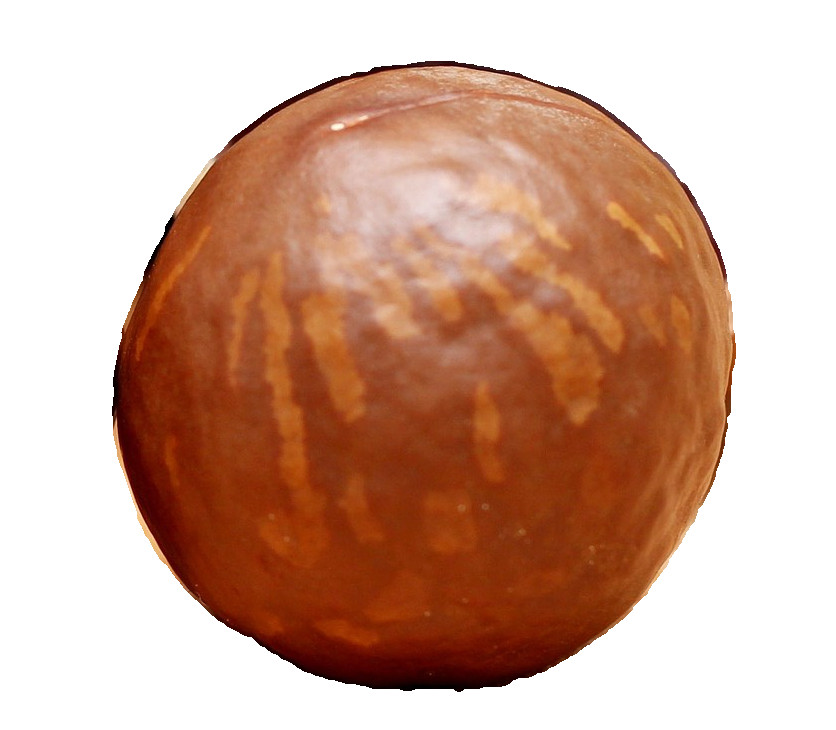 The graph below depicts the percentage of each province's NIS production for 2020. 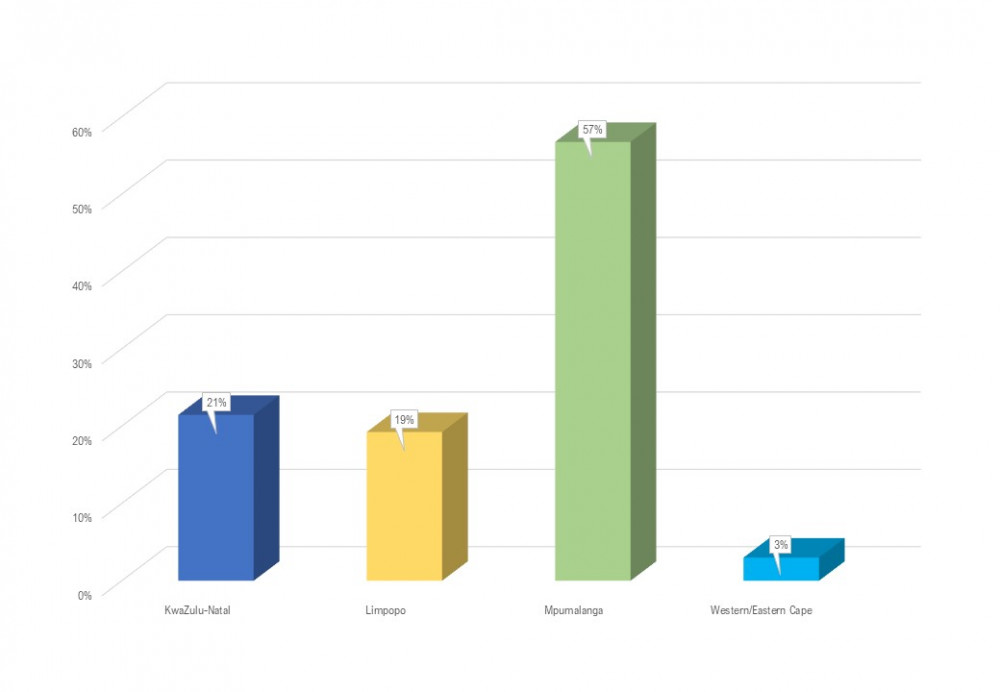 As mentioned before, climate change, and specifically adverse conditions during flowering and early nut development, mature orchards and insects and diseases played a role in the decline of the 2020 macadamia crop. Pruning (or the lack thereof), especially in older trees could also play a role in crop decline. All things being said, formative pruning of young trees should have happened by now while the trees are still small as it will prevent more drastic interventions required later when canopy closure and competition for sunlight starts occurring.

Crop forecast 2021
At this stage we anticipate for 2021 an increase in the crop compared to 2020, however the crop forecast will only be available at the end of February 2021. We do not anticipate that Tropical Storm Eloise will have a major impact on crop yields. The current rains in the provinces might be a bonus, because of the below average to average rainfall the past years, which depleted the water tables to such an extent that most production regions were mostly dry at a time when trees really needed water and energy for oil (lipid) production. If the status quo continued, it could have led to a repeat of the previous season's low crop.

In Limpopo the nuts are generally bigger because of the rain the province had and therefore a positive indication that the season ahead will certainly be better than the previous season. At this stage stink bugs and nut borer numbers are also low in the province.

Mpumalanga rainfall varied from approximately 160 mm to 250 mm during the Tropical Storm Eloise over a three-day period with no significant harm to the trees. We expect a better yield in Mpumalanga even though significant flower diseases were present early in the season. Stink bugs are certainly much lower, but nut borers are still a concern on cultivars 816, 788 and all hybrids.

KwaZulu-Natal had a very dry spring with some very high day temperatures which resulted in a low incidence of blossom blight, but a high percentage of aborted ovules or "Nubbins" (Aussie term for nuts which stay small due to aborted ovules) mainly in Beaumont but also in A4/A16. Insect damages were low although the nut borer levels were higher than normal leading to a higher percentage of immature kernels. So far it has been observed that Integs, mainly 788 (South Coast), 816, 842, 814 and A4 have a better than average set, while the Beaumont crop is looking poor (similar to last year). This will have an overall negative impact on the crop; however, we are optimistic that it will still be better compared to last year's crop.

The table below indicates the percentage of decline or increase in macadamia production over the last five years. 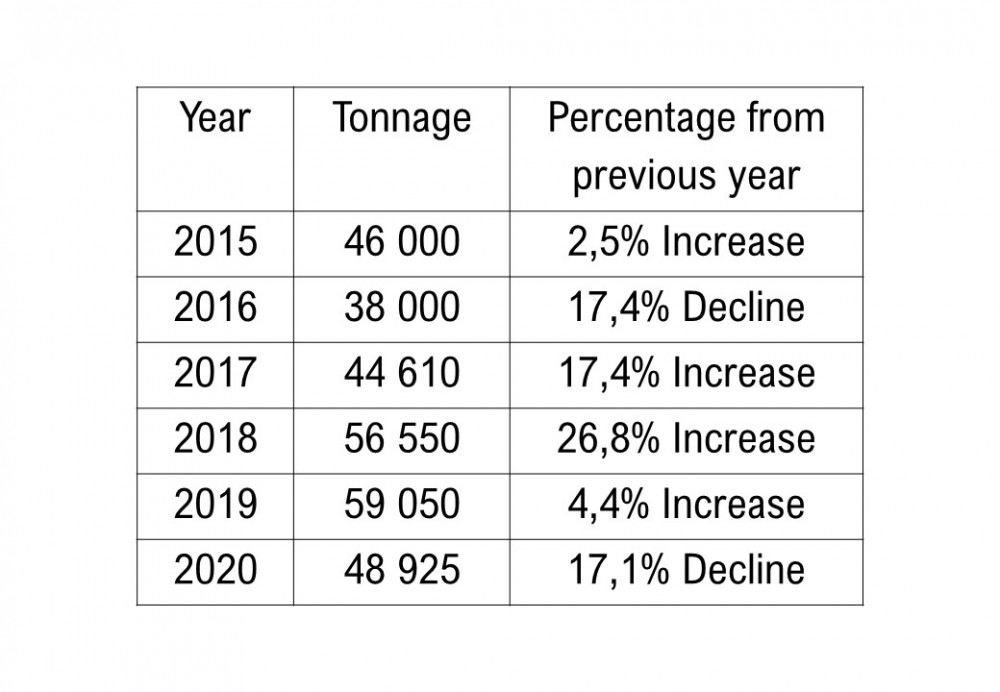 SAMAC is sanguine about the 2021 crop. We will keep you posted as more information becomes available.

A special word of appreciation to Elsje Joubert, Andrew Sheard and Schalk Schoeman for your input.